Preface – or “why I created this e-book” 1
Chapter 1 – The Infinite Profits System 3
Chapter 2 – Who on earth are you gonna sell to? 11
Chapter 3 – Makin’ Your First Product Infinite-Profits-Style 30
Chapter 4 – Sellin’ Your Product to the Masses 44
Chapter 5 – Gettin’ Eyes On Your Site 72
Conclusion – Where to next? 95
Ebook Part 2 Table of Contents:
Chapter 1 – The Back-End Continuity Model 1
Chapter 2 – Designing Your Continuity Product 8
Chapter 3 – Creating Your Continuity Product 21
Chapter 4 – Linking the Front-End to the Back-End 41
Chapter 5 – Beefing Up Your Front-End 53
You will be getting a 2 book deal on this one. Sell them both and you keep 100% of the profits. Or use one as an OTO for some extra cash in your pocket.
We've also revamp both ebooks to give them a professional feel that includes a proper table of contents and correct page numbering.
These are ready to go, add your name, links and they are ready to start earning for you.
But wait, we've ramped this one up just for you! You'll also be getting a sample copy of the ebook you can use to give away as a selling tool to sell the full ebooks.
Not only that, but we've also included a squeeze page made to give away the sample ebook. So you can use it to build yourself a huge list to sell the main products or promote anything you'd like. A list you can profit from for a long time to come!
You'll also be getting a complete resellers website with a quality well-crafted salespage and a matching download page. Simple add your payment and download links, upload and it ready to start making you money 25/7, even while your sleeping!
Ebook Covers:

For all of you who dream of working from home…

The Secret To Infinite Profits
Is About To Be Revealed

We have created, tested, revised, tested some more, revised some more,
and continue to test even more, our nearly perfected system of creating
infinite profits from the Internet…

And now we are going to share it with you…

First off, this is not easy.

It isn't easy to really convey what I want to convey to you, so that you realize just how important this really is.

The main difficulty that I have is trying to convince you to listen to me for just a few minutes so that you can understand the full potential of what I am about to share with you right here.

Putting all hype aside, let me say just one thing…

You Are Doing It All Wrong

And to be honest with you, it isn't really your fault. Furthermore, I'm not going to say it's the fault of all the other marketers out there, and I am the only one you should listen to.

That's simply not true. I have personally learned a TON from other marketers, and have made a lot of money because of it.

I'm sure you're wondering what I am talking about, so let me start with a bit of a background story…

Once upon a time, I ran my business all wrong…

That's right. I'm not perfect (surprise!). In fact, I make tons of mistakes. But there is one mistake that has cost me the most in terms of money, peace of mind, and security.

Within my first year I grossed about $150,000 in revenue, and I was overjoyed because of it!

In that same year, I also…

Sounds wonderful, doesn't it? I sure thought so.

But that still didn't change the fact that I was doing it all wrong and that I was dooming myself towards failure.

And because of this fatal mistake, something happened that I wasn't expecting…

How on earth could I have come close to bankruptcy when I had almost made $100,000 the year before?

Simple. I made the same mistake that you are making right now. I didn't run my business in a way that could really give me any security.

It failed because I had to leave that market.

And that leads me to…

I won't go into all the details, but I simply could not continue ethically selling products in that market and still be able to sleep at night.

Changes in that market forced me to make the choice to abandon my 6-figure business and start from scratch.

No big deal, right? I'll just repeat what I did the year before!

Well yes, you'll see that is coming soon, but it still left one HUGE gap wide open that would almost cause me to go bankrupt…

My business was not set up to continue paying me money. In order for me to make more money I would have to work harder and harder to keep up with the newer demands of that business.

So when I got hit with a large tax bill, I simply had no income to pay for it. What was worse was that I was now providing for a family and had to pay a mortgage, along with all the other bills that come with having a house.

Have you ever been in this situation before?

If so, then you can probably empathize with my situation.

Suffice it to say I didn't enjoy it. In fact, it was one of the worse feelings that I had ever experienced!

However, I am not easily defeated, so…

I pulled up my socks and went back to work…

No, not back to a J.O.B., but back to work building a new business, this time hopefully not repeating the same mistake that I had made.

I started my new business the best way I knew how, I created a useful product. I then applied the traffic methods that I knew worked, and within 12 months..

Not bad, eh? In fact, it sounds like a happy ending!

I'd like to say that was the case, however, I still was making mistake #2, and soon I was about to make…

Mistake #3 – Growing Faster Than You Have Strength

I wasn't prepared for the rapid growth that I experienced, so I simply didn't have the time to keep up.

So what did I do? I hired a bunch of employees to help me out!

In fact, at the time I had more than enough revenue to cover the cost of an office and employees. However, I was still making mistake #2 (not building residual income), and it was about to "bite me in the butt" so-to-speak.

Want to know what happened? I'll tell you right now…

…how is that a bad thing?

It's not! The bad thing was that it was very sporadic, and very unpredictable, to the point where some months I was wondering if I could pay my employees, and others I had no problem.

I was experiencing "product launch fever"…

Know what that is?

Some of those launches were great (one did $250,000), others sucked (my worst one did about $300), but when that is all your are relying on to make an income, you simply can't survive.

I had to do what I didn't want to do, I laid off most of my employees and started rethinking about how I was doing business.

I started to look over expense reports and income reports. I wanted to find out where I went wrong.

That's when I discovered "it"

I couldn't believe it at first. But then I looked closer.

It was a product that was bringing me residual income, and I didn't even really realize it!

The product is YourSqueezePage.com, a service that only costs $19.95 per month, and it was making me thousands of dollars every single month even though I hadn't really done any marketing to it in a while.

I hadn't even noticed it! The $19.95 payments to my PayPal account looked so little that I didn't realize how much they were adding up to.

Let me put it this way to make it clearer…

If it wasn't for that residual income, my business would have failed a second time…

That's when I stopped making mistake #2, and really started to stabilize my income.

Which would you rather have?

Seems like a dumb question, doesn't it? Then why are most marketers out there creating unstable, unpredictable incomes?

It's because they don't know any better…

Allow me to be clear here. If you want to make a lot of money, and have that turn into a steady income, then you need to realize that this is not achieved only by:

Not that those things are bad, in fact, they're great! But only if you have one goal in mind:

Come on, say it with me: Residual Income!

Ok, now we're ready to get to the good stuff.

I'll be honest with you. It's not actually that complex. Sure, I have put a lot of time and experience into this, but I'm not going to teach you…

I'm sorry, but I prefer tried and tested strategies that will continue to work for years to come.

I probably can't really express how much work went into this e-book, which will form the foundation for your Internet business.

In short, it outlines how to quickly build a 6-figure business within one year, and how to continue making more and more money afterwards. 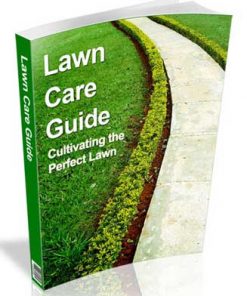 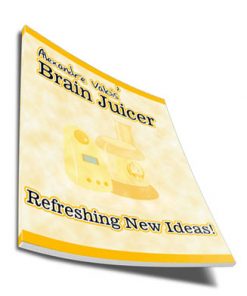 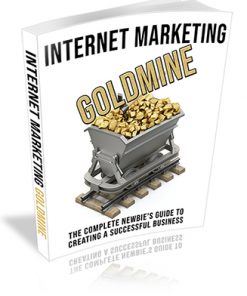 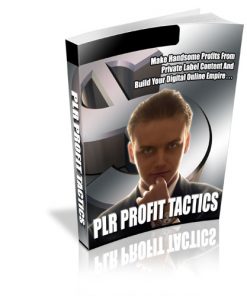 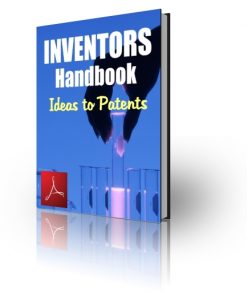 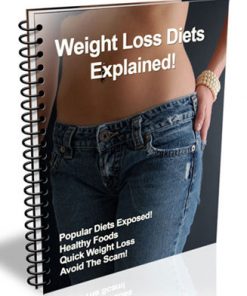 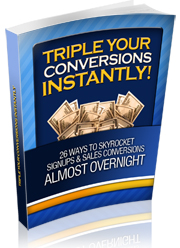