> What If I Already Have A Site?

> Other Places To Build A Presence
Squidoo
HubPages
Technorati (WTF)

Web 2.0 is an expression that’s made its way around the Internet the past few years and despite the amount that it’s used, few people really understand what it means.

Web 2.0 generally refers to websites that encourage some sort of user interaction. What kind of interaction and how necessary that interaction is to the site seems not to matter, but when it comes to driving traffic, interaction is one of the best things that have ever come out of the internet.

There are lots of different types of Web 2.0 sites on the web and there are hundreds of new ones built and launched every day. There are equally a similar amount of ways to utilize these sites, the trick is to know which sites are perfect for your needs and abilities.

Interaction Is The Key To Bigger Profits…

Traffic 2.0 was written out of the necessity of my daily life.

I was never much of an online money making kind of guy. I didn’t do any kind of online marketing and I didn’t sell anything online. I definitely couldn’t care less about driving traffic.

What I did enjoy about the internet was the ability to meet people online and kill time at work. I had a fairly boring job and so I spent a great deal of my time surfing around the Internet.

As you probably know, there’s only a limited amount of time you can spend bumming around online until that too starts to get boring.

When that happened to me, I didn’t know what to do. I wasn’t about to start caring about my job so I needed to find a way to make online surfing more fun.

I had heard the term social networking a few months earlier, but I had no idea what it really meant. I never imagined that it would mean the end of my boredom at work.

The End Of My Boredom At Work…

I first discovered my first social networking site that week and instantly fell in love. I soon migrated over to social bookmarking sites soon after and then I was really hooked.

Over the next few months, I spent every waking moment on these social sites. I would jump from site to site, meeting new people and interacting with the ones I already knew. I would share links, trade videos and leave posts almost every where I went. I was obsessed.

I didn’t know this at the time, but I was completely immersing myself in the nuances of the Web 2.0. At the time I just thought that I was figuring out what the rest of the world already knew. I didn’t realize how important my surfing was and how groundbreaking the information I was learning would become.

I assumed that my web surfing habits were the standard, that everyone who used the Internet regularly was involved in the social community that I was in. It never dawned upon me that my surfing habits could be come useful.

I Was Completely Immersing Myself In The Nuances Of Web 2.0

It was just about a month ago that I discovered just how valuable my surfing habits were. I was at a dinner party when people started talking about one of the biggest social networking sites. People were confused by it and the general talk around the table was that they didn’t really get the point of the site. I sat there dumbfounded. I quickly spoke up and gave everyone around the table a lesson in social networking sites.

Everyone was impressed with the amount of knowledge I had on the subject and I was surprised that no one knew what I was saying already. In further discussions with people, I realized that my surfing habits were really quite extraordinary. I unknowingly became an expert in the field.

People started calling me with questions and I was happy to answer them. Question after question started coming in and those that I didn’t already know the answer to I looked up. People kept thanking me for my help, telling me I have a real knack for making the most complicated procedure sound simple.

There was only one question that I couldn’t answer and it was the one question I was asked the most. How can I use Web 2.0 websites to drive traffic to my websites?

Since I have never been involved in any kind of internet business, I never needed to drive traffic. But I did know how to get a lot of people to watch my videos and look at my links, so I started using those methods to practice driving traffic. By the time I was done researching the question, I had come up with a foolproof way of using social marketing, social networking, blogs, video sites and dozens of other Web 2.0 websites to drive traffic.

People were so appreciative of my insight that they told their friends and my personal email responses were soon being forwarded all over the internet. I knew I needed to do something about it when people started forwarding my emails back to me, not knowing I originally wrote them.

That’s when I decided to write Traffic 2.0. I knew it would help stem the tide of people misusing my emails and help explain to more people how Web 2.0 traffic can be used effectively. My emails were intended to a certain person with a certain website, I didn’t want people to think that the methods I laid out were universal.

Each website has specific needs that need to be addressed. The beauty of Web 2.0 traffic is that it’s unusually motivated and that motivation only comes when you are combining the website with the right traffic driving method.

When you buy Traffic 2.0, you will learn the most sophisticated traffic driving methods using the latest Web 2.0 technology. Only after you’ve read all that the book has to offer will you understand how to utilize every Web 2.0 website fully.

Traffic 2.0 Will Teach You…

Ever Wanted So Much Traffic Your Servers Come Close To Crashing?

The goal of any marketing effort is to create a buzz that is so strong, that the very foundations of the Internet will shake, but let’s face it, that almost never happens. These days, it seems that the most realistic goal to have is that your marketing effort will drive enough traffic so that you don’t lose money.

Even if you assume that a relatively high percentage of your traffic will convert, you’ll need hundreds of viewers to make any launch cost-effective. The beauty of Web 2.0 traffic is that they are way more dedicated than normal traffic.

Even if you’ve already launched your website or product, it’s never too late to start your Web 2.0 campaign. With every passing day, you are losing customers to your competition who are using Web 2.0 traffic.

Check out what some of Traffic 2.0 readers said about this revolutionary new book.

One of the funniest thing that I’ve learnt in this short experience I’ve had being a Web 2.0 expert is that most people are already doing the things they need to drive traffic, but they just aren’t doing them correctly.

Where Web 2.0 marketing is concerned, doing something sorta right has the same conclusion. If you are already blogging, posting and networking and not seeing any great results than it’s because you might be doing things only 90% right. Without that remaining 10% though, your business will never succeed.

Let me teach you the correct way to drive traffic with Web 2.0 websites. With my method, you’ll learn the right way the first time and you’ll never waste your time and effort on ineffective methods ever again. 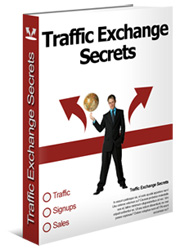 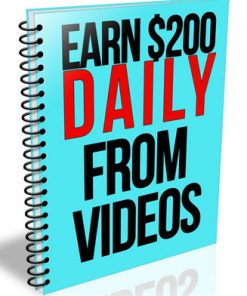 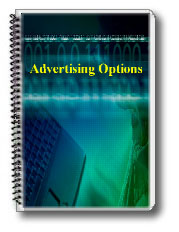 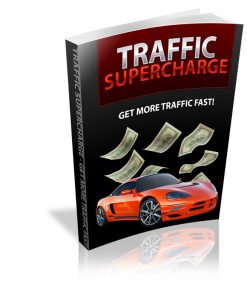 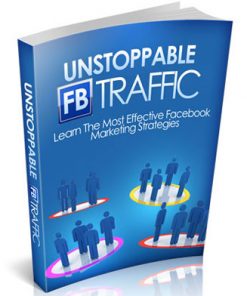 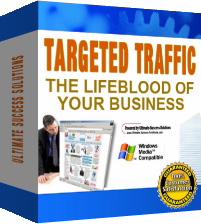 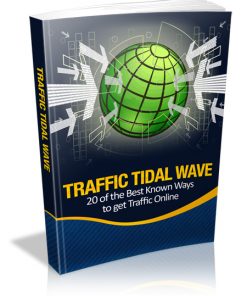 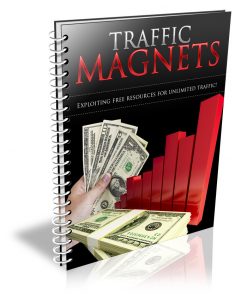